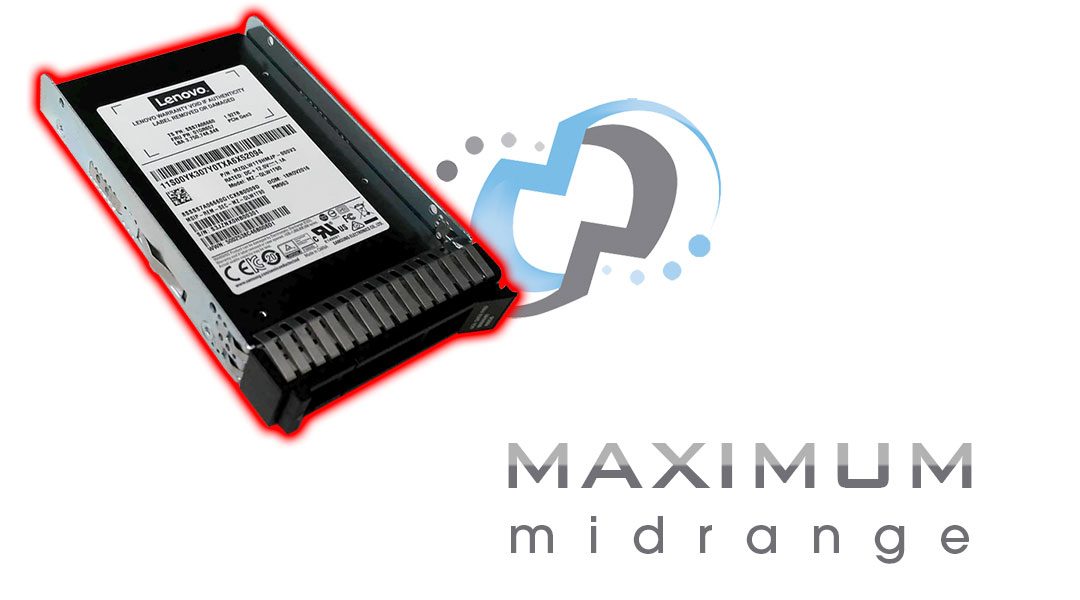 Lenovo / IBM have a couple of oddball transfer speeds in their SSD lineup, so we put together a quick cheat sheet of how the SSD Enterprise categories look.

Maximum Midrange carries thousands of Lenovo parts and storage hardware. If you’re looking for something, we probably have it or can get it within the same day.

How to get genuine Lenovo storage hardware: The easiest way is a quick phone call. Otherwise, multiple contact options are right here:

Just a note on these transfer speeds.

Generally for these drives:

GBps with PCIe does not equal Gbps with SAS and SATA

PCIe technology enables interface speeds of up to 1GB/s per client lane (PCIe 3.0), versus today’s SATA technology speeds of up to 0.6GB/s (SATA 3.0).
More lanes from SATA require more SATA devices, but PCIe bandwidth can be scaled up to 16 lanes on a one device.

When it’s written as GBps (short for Gigabytes per second). Transfer rates are 8000 million bits per second.

Need pricing, availability or have questions about Lenovo storage gear?